We're all facing unique circumstances right now. Many of our lives have changed drastically and we're experiencing a lot more home time than usual, even for gamers! But now, it's official. What we've all already known. Video games have been recommended as a great way to socially connect with other people and stay 'active' during our self isolation! The Tri-North Studios community put together a few of our top choices for solo and multiplayer games to help you pass the time, keep each other safe, and stay connected over the miles.

Ori and the Will of the Wisps 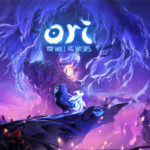 I still can't get enough of Ori! Though I'm only about half way through Ori and the Will of the Wisps (available on Xbox Game Pass and Steam), the time I've spent in this game has been such a wonderful relief from the stress of daily life. It's beautiful, sweet, fun, and though it packs a punch of difficulty, I've found this latest installment relatively relaxing.

You spend a good chunk of your time restoring pieces of the forest and homeland, and there's something heartwarming and wholesome about helping the adorable characters in the game get back to their normal lives. Sounds like something that's pretty nice to do right about now. 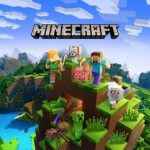 I actually haven't played Minecraft lately as much as I used to, but there are so many different ways to play this game. It's basically available on every platform, and open to any age group.

I don't need to talk up Minecraft because it's been out for literally over a decade, but if you want to take up a big creative project, now's the time! If you want to just go through survival and explore the nether or mine for a while, now's the time! If you want to play some of the random server games, have at 'er! If your mind is always racing with stress and uncertainty, exploring or creating another world entirely (maybe a village with your friends to 'hang out' in together!) is a nice escape. 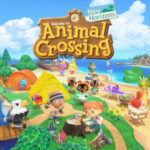 I could pick many games to be a solo stay at home game, or any online MMO you could dive into with your friends. But, why pick many, when I can pick one that has the best of both worlds. If you said Animal Crossing: New Horizons, you would be inside my head!

This game offers hours of solo play, from tending to your garden, digging up bones or picking fruit. Want to go fishing, grab you road, and catch some sea bass, and mind the dad jokes. Yes, there will be MANY dad jokes.

At the end of the day no matter how you want to play, on the couch cuddled up and want to chill. No problem, close your island and do your thing. Or if you want to party and hang with friend, while keeping a safe distance of course, well open you island or go island hopping. The choice is yours! 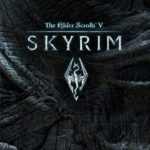 If you're a fan of epic RPG's like me I recommend losing yourself in the beautiful, open world of Skyrim. This game has it all. Magic, dragons, multiple storylines and more quests than you could ever complete in one playthrough. The skill system allows you to customize your character via 18 skill trees allowing for almost infinite array of builds. Want to be a near invisible backstabbing assassin? Done. Running into a fight in full plate armor and cleaving your foes with a 2-handed axe more your speed? No problem! Want to turn your hands into flamethrowers that roast anything in your path? Easy! The flexibility offered in this game is staggering.

Skyrim is hands down a one of a kind adventure that guarantees hundreds if not thousands of hours to completely master. Losing yourself in this masterpiece is, in my opinion, one of the best ways to pass the time and escape, if only for a little while, the harsh realities we are all facing. Give it a try. You will not be disappointed.

For me there is no greater way to team up with friends and share an adventure than with Zenimax's amazing MMORPG: Elder Scrolls Online. Although it is has a distinctively different feel than Skyrim in terms of game play it has a familiar feel in the sense of epic quest-lines and more lore than I've ever seen in a game. What makes this game so incredible is a flawless integration of top notch voice acting, a near perfect soundtrack, breathtaking scenery, an in-depth crafting system, a player driven economy and epic raid style dungeons all contributing to an immersion so realistic it truly feels like you are in the game. Getting to experience all this alongside friends only sweetens the pot.

In these uncertain, unsettling times I highly recommend gathering a few of your closest gaming friends and diving head first into Elder Scrolls Online. Just because we are isolated does not mean we have to be alone.

Those that know me, know that I am a huge art and craft enthusiast, especially for de-stressing and taking my mind off things. However, lately it hasn’t been art that has successfully distracted me during the pandemic all of us are facing. Growing up I wasn’t a kid that had a huge interest in gaming. I had a Nintendo DS and played a couple of games like Mario and Nintendogs but I was never fully enamoured with the idea of spending hours immersed in a fictional world on my screen.

As an adult, going through a global health crisis, the exact opposite can be said. Animal Crossing: New Horizons has quickly become one of my all-time favourite games and it’s for a few reasons. The first being that it’s simple, from the concept, the story mode, the colour scheme, right down to the controls. It’s an easy game to play. Secondly, it’s relaxing. There are no fast-paced challenges, no world changing events that needs to be stopped immediately, and no life changing decisions to be made throughout the story. Lastly, it’s just fun. I spend most of my day laying on the couch chopping trees, crafting wooden tables, chasing butterflies and casually fishing on the beach while my fellow villagers live a content life sitting by the pond reading books. It’s taken me from my real life that often feels scary and chaotic and put me in a soothing place.

The best part? If you get bored of chopping trees or decorating your village by yourself, you can invite your friends over! Those who own the game can visit your island through a multitude of ways. You can open your airport gates for all your friends, for select friends you’ve added as your “best friend” through the game or a select bunch by giving them your “dodo code”. You can swap fruit, recipes and chase the bugs together. It’s made for an exciting experience being able to hang out at the museum together or throw parties on each other’s islands!

I highly recommend checking it out if you haven’t already (available on the Nintendo e-shop and in your local game store). It’s something that just helps to take the pressure off. You can spend hours living a very peaceful existence along side Tom Nook and his friends where your biggest worry is hitting the A button fast enough when the fish take the bait!

BONUS Suggestions from our community: Assassin's Creed III: Remastered, Assassin's Creed Odyssey, Farming Simulator 19, and Final Fantasy 7 Remake (not out at the time of this publication, or it'd be #1 for at least two of us!).

About TriNorth Studios 60 Articles
Welcome to TriNorth Studios - The channel where we play and review games of all types! We are committed to producing high quality content for ever viewer type. We hope to foster a community that works together to both uplift and share ideas. Founded in the fall of 2019, three Canadians got together to create what we have today.
Website Facebook Instagram Twitter YouTube

Give a listen to the third episode of Behind the BS – Season 2 as MysticMike sits down with ReAnimateHer! […]

The first guest of Season 2 is Magick Unicorn! Magick Unicorn is a Mixer Partner, wife and mother of two, with a passion for gaming. […]

Listen in to Episode 3 of M³ Tech Talk, where Mossiprose, Meptech and MysticMike talk all things audio to help you get your voices heard. […]